During low speed maneuvers associated with approach and landing, typical transport-class aircraft deploy high lift devices to improve stall and lift characteristics. Unfortunately, this also results in increased airframe noise, of which the leading-edge slat is a significant component. A proposed solution to mitigate slat noise is the development of a slat-cove filler (SCF). The SCF design considered in a current study incorporates shape memory alloys (SMAs), which are a class of active material that undergoes a solid-to-solid phase transformation allowing for large recoverable deformations. SMAs are considered in the current work in order to satisfy three conflicting design requirements: 1) stiffness under aerodynamic loads, 2) compliance to accommodate slat movement, and 3) low overall weight. The researcher is being done by W. Scholten and D. Hartl from the Texas Institute for Intelligent Materials and Structures associated with the Texas A&M University Department of Aerospace Engineering in close collaboration with T. Turner at NASA Langley. They are using OpenMDAO to perform a structural design optimization of the SMA-based SCF. The goal of the optimization is to minimize the actuation torque needed to retract the slat and attached SCF. The optimization process considered the highly nonlinear SCF structural response associated with aerodynamic loads and slat retraction/deployment. Structural analysis of SCF design configurations is performed using the Abaqus Unifed FEA suite in combination with custom material models.

OpenMDAO managed the integration of the material and FEA modeling and performed the optimization. The animation, above, is showing three of the hundreds of designs iteratively considered during optimization, including both feasible and infeasible solutions. But lest you think this is meerely a very interesting optimization problem, it turns out they have built and tested a number demonstration prototypes too! 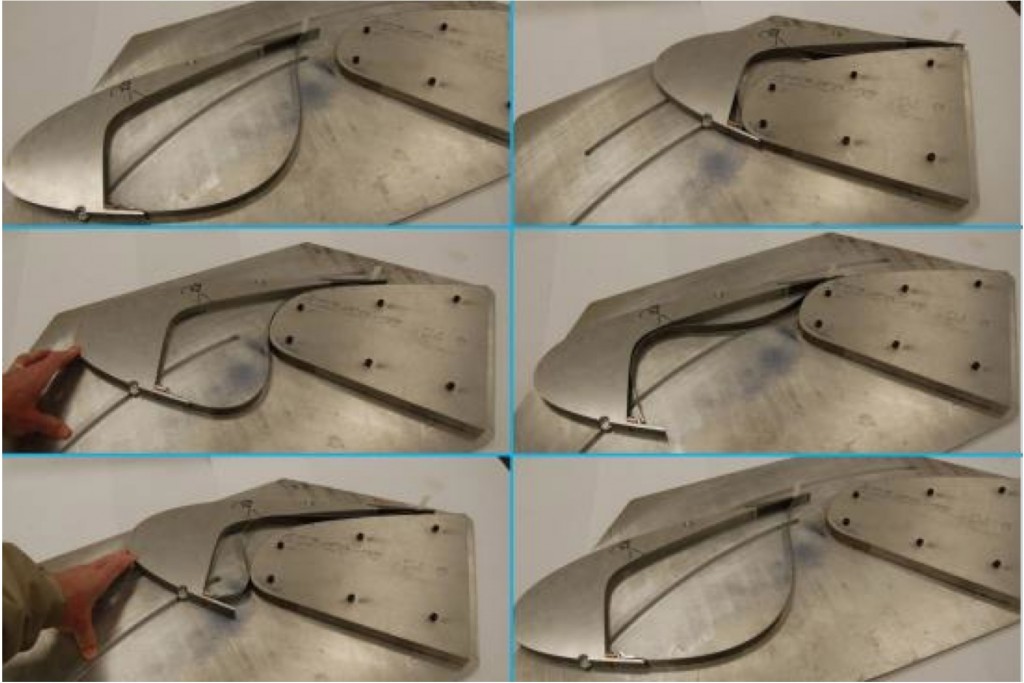